Bangkok, the capital of beautiful Thailand in the northern part of the country with 8.281 million residents (wikipedia). But can you imagine this city to be an empty, silent ghost town? I couldn’t, but I’ve experienced it.

We left Bali on Wednesday the 25th of October 2017 and took a plane to Bangkok. At the airport in Denpasar I had my first Mac’n’Cheese and it was delicious, even though the idea of cooking pasta in milk and cheese does not flatter me.
After having arrived quite late in Thailand, we took a taxi to our hostel for 450 Bath.
The hostel was quite nice but the air in the dorms was not fresh at all but we didn’t care – it’s only a hostel and we were so excited to be in Bangkok!

The next morning we decided to walk around and get some water and were really confused since the streets reminded us of a ghost town. We always expected BKK to be a bubbly and active city with lots of traffic jams, millions of people running around and street food everywhere. It was the opposite: no people on the streets, no cars, all Thai people dressed in black.
We went back to the hostel and the scells fell from our eyes: it was the anniversary of the death of the beloved King Bhumibol and the day of his funeral.
Walking around, a police officer even yelled at me because I took pictures of the streets… well I get it, it was a bit rude…

However, we talked to a travel office and booked some flights and a night train to Chiang Mai. The next day we were supposed to leave in the evening and spend the day in the mall. The Siam malls are a big mall complex with different buildings and stores, those malls are amazing! There are so many different shops and all kinds of food – we had lunch at a backery 😄
We later went to the Lumphini Park, a big park in the heart of BKK were many people do sports during the day. The park itself was really beautiful, but again, no people around. Only a turtle on the pedestrian walk and monitor lizards in the pond instead of ducks.
In the evening we were happy to be able to finally take the night train to Chiang Mai, it felt inappropriate to be in a city where everyone grieved for a good king.

At the end of our travels in Thailand, we returned to Bangkok in order to spend another day in the city and then fly to Australia. This time we booked a very cheap hostel at Khaosan Road, well it was the worst we had (besides the 16 bed dorm in Brisbane). But we weren’t surprised, I mean we paid 3,50€ per night which is cheaper than buying one kilogram of apples in Australia.

Khaosan Road is an amazing street – very busy, many people, a lot of delicious street food stands and loads of cars and taxis driving around the neighborhood.
By the way, here are two tips for your BKK experience:

We spend the last 36 hours in Thailand exploring the (now bubbly) city and went to the Grand Palace and took a Tuk Tuk. Unfortunately, we failed to visit other temples, since I fell asleep in the taxi and the driver drove us to the other side of the city and there was no time left to visit Wat Pho 😐
The day we left Thailand was a total mess, we had booked a transfer to the wrong airport and consequently had to take a very slow bus to the other airport… nevertheless, we made it 😊! 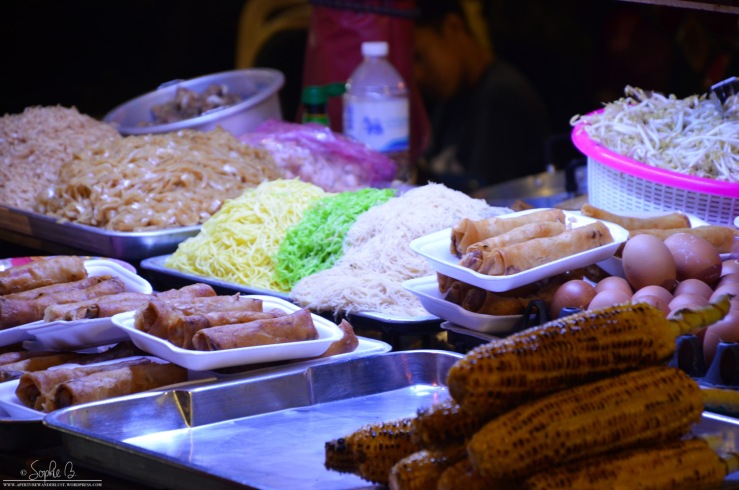 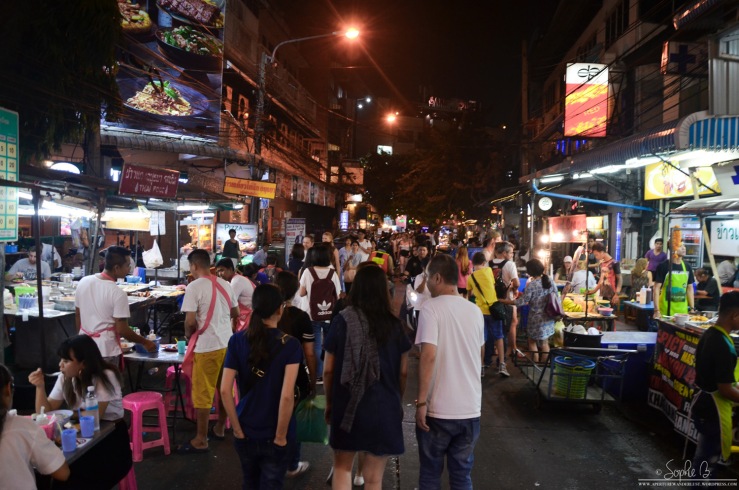 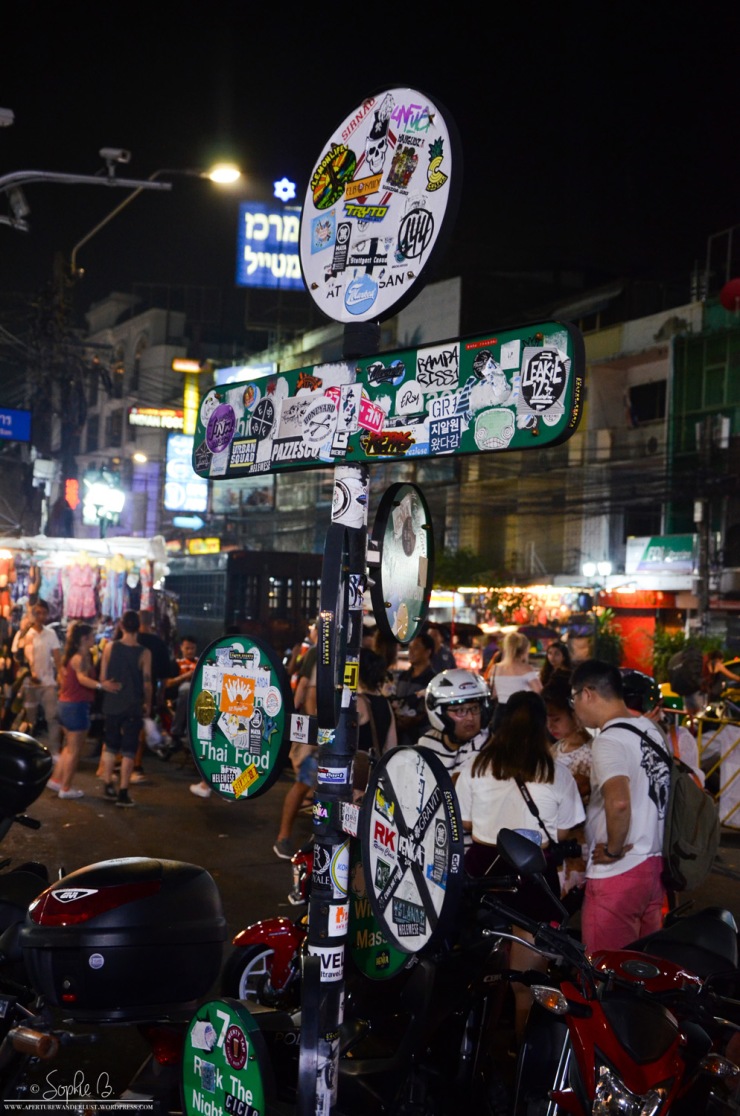 Have a good day!
xx