You can easily take a train to the Caves from KL Sentral and it costs about 3€ in total.
The station is called „Batu Caves“ and when you get out of the train, you are almost there. At the end of the road you will find a hill with a huge golden statue in front of it, which is dedicated to Lord Murugan. If you want to enter the series of caves and temples, you need to climb lots of stairs and you will be kindly asked to wear a sarong, but no worries, you can lend one for 5RM.
They will also be very pleased if you carry a bucket full of sand to the top of the stairs, since they are still working on the temples and the caves.

The Batu Caves complex consists of three main caves, one of these is the Dark Cave with lots of bats. You can book a tour at the entrance of the cave if you want to visit it.
Besides the three main caves, there are still a few smaller ones.

I really loved the caves, since the view from the top of the stairs is really stunning and entering the caves is simply magical! Furthermore, you will have a lot of monkey encounters, they are just everywhere! Be aware of these little creatures, even though they look cute, they can be mean and take your sunglasses, cameras, bags and food.
Short after we went out of the subway station, a monkey climbed up a man’s clothes and stole his whole bag of peanuts and ran away with it. Nevertheless it is nice to observe them and to take pictures. 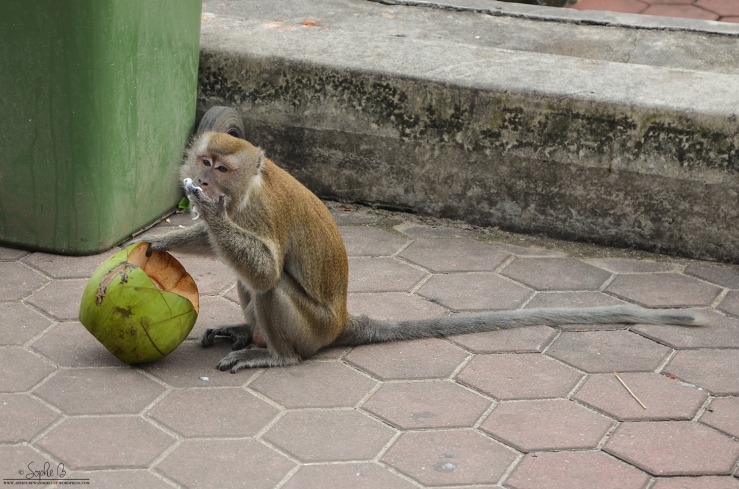 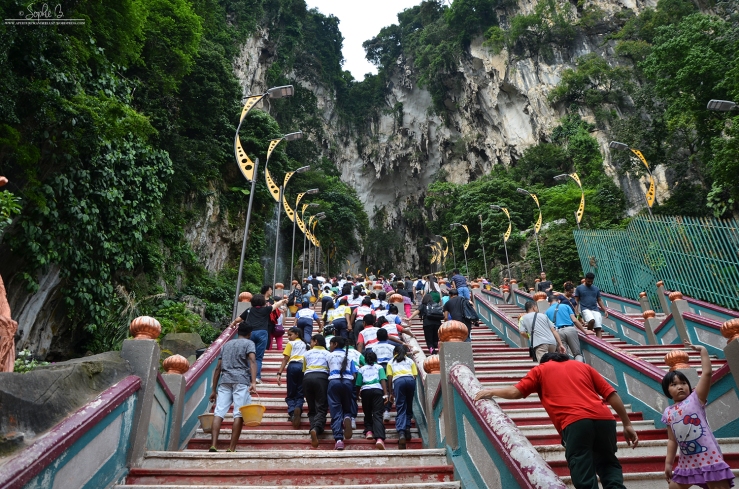 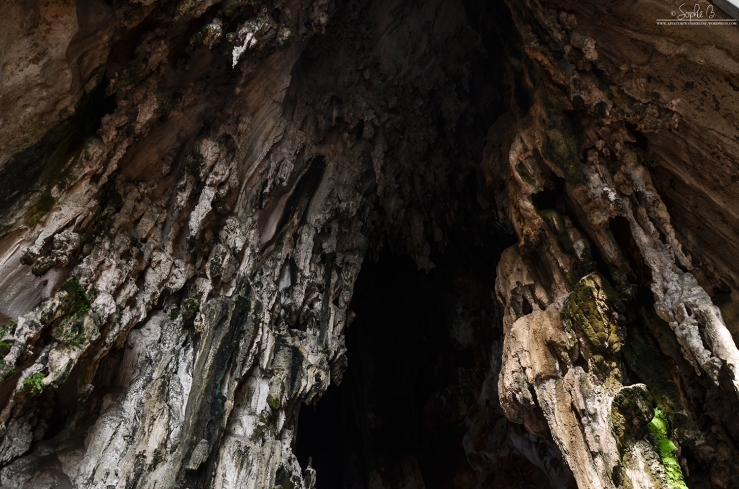 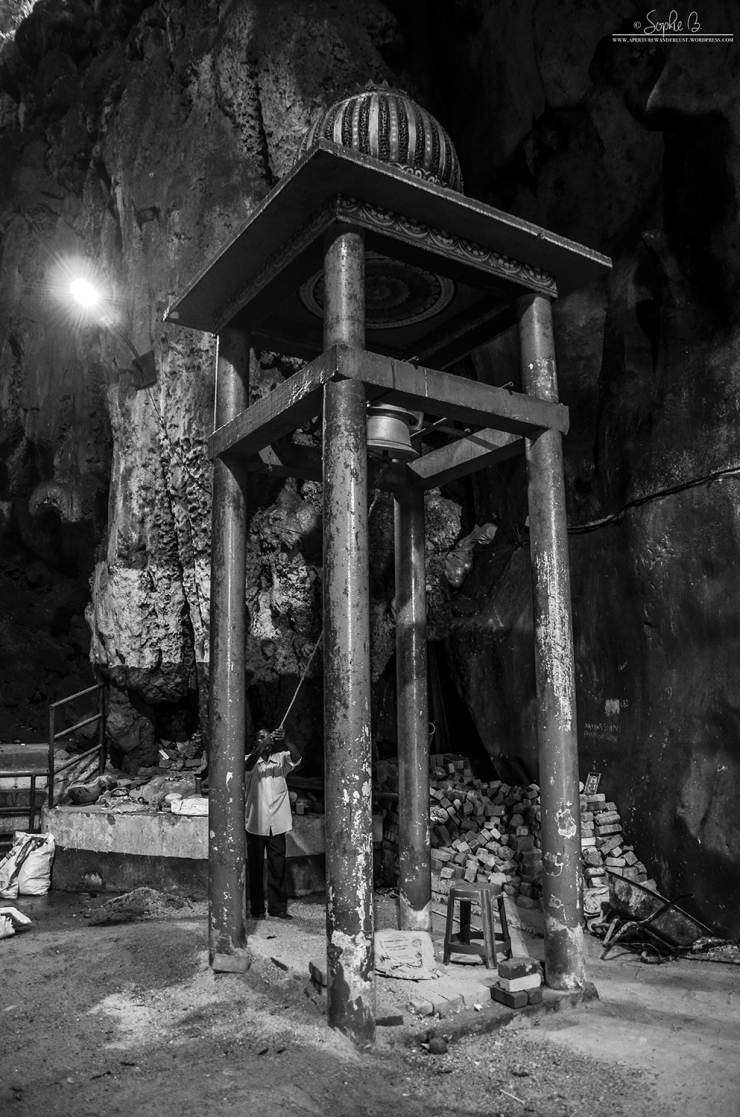 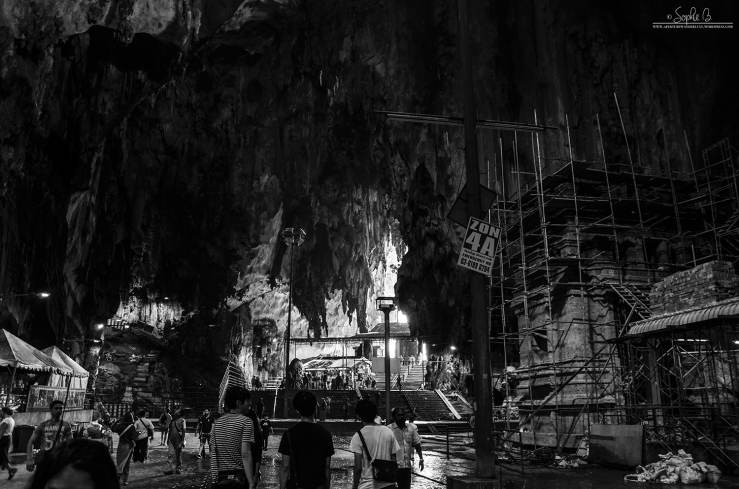 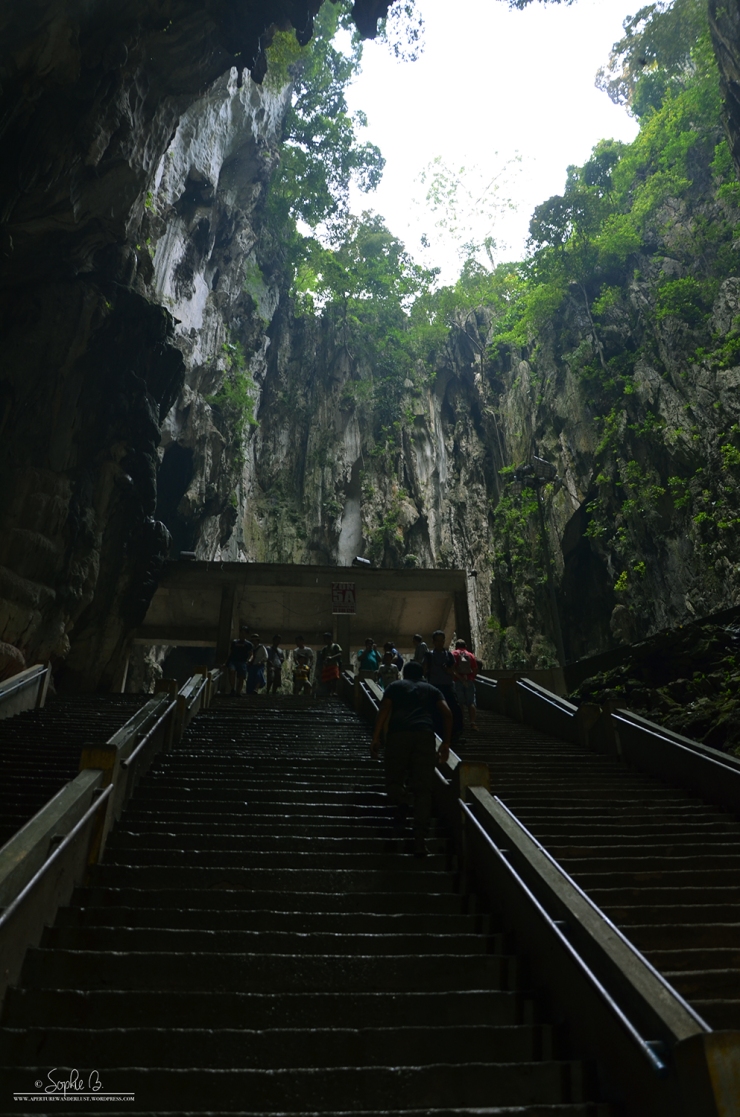 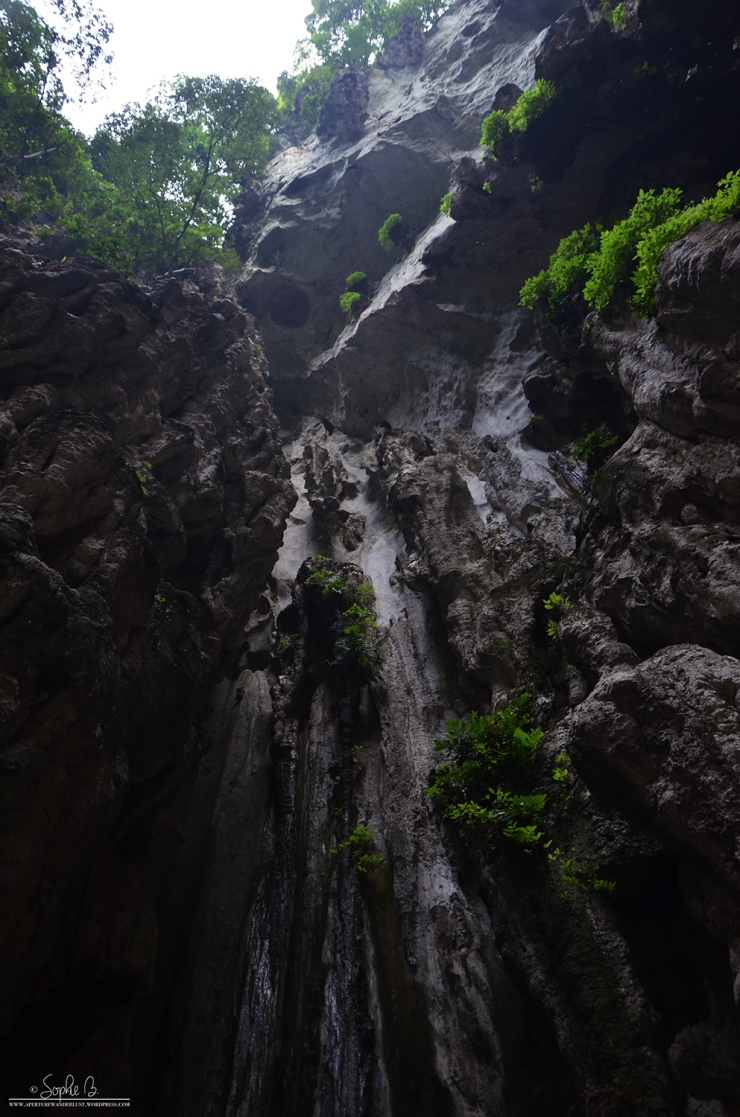 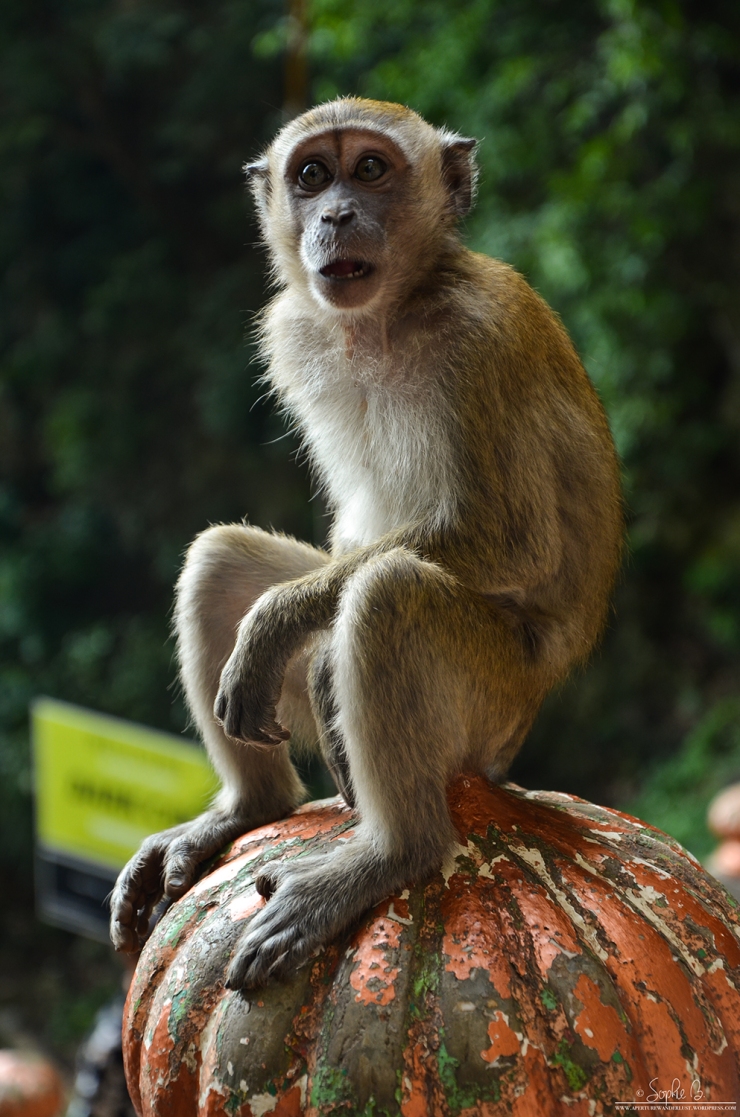 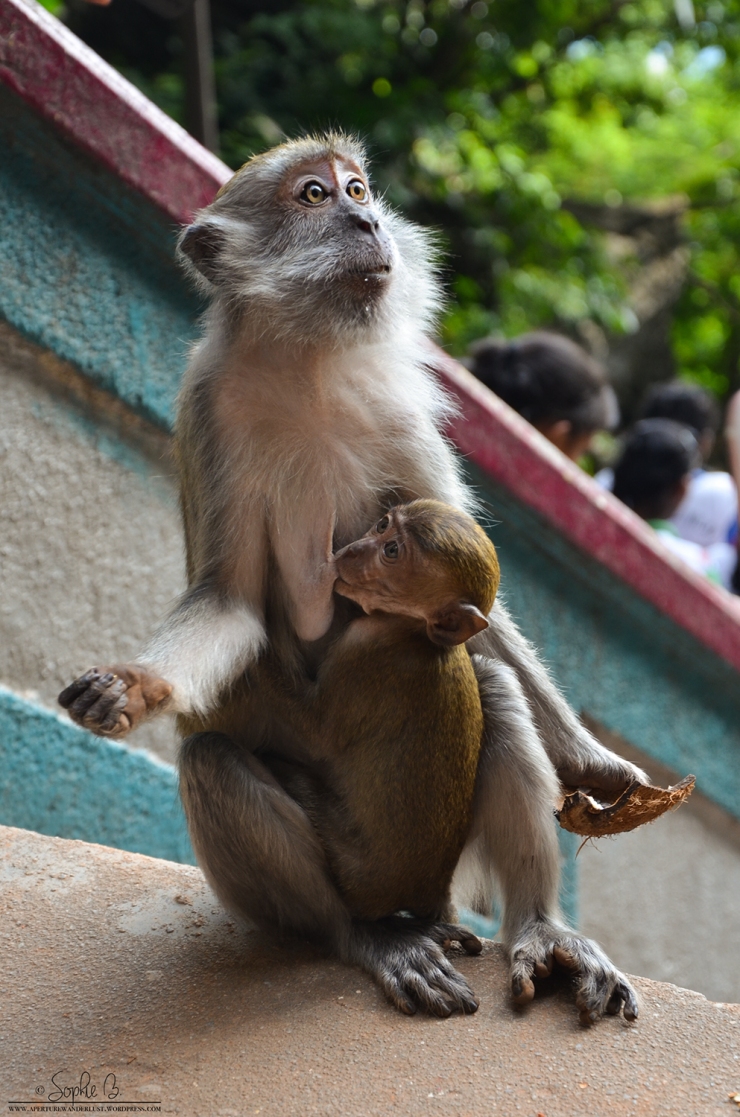 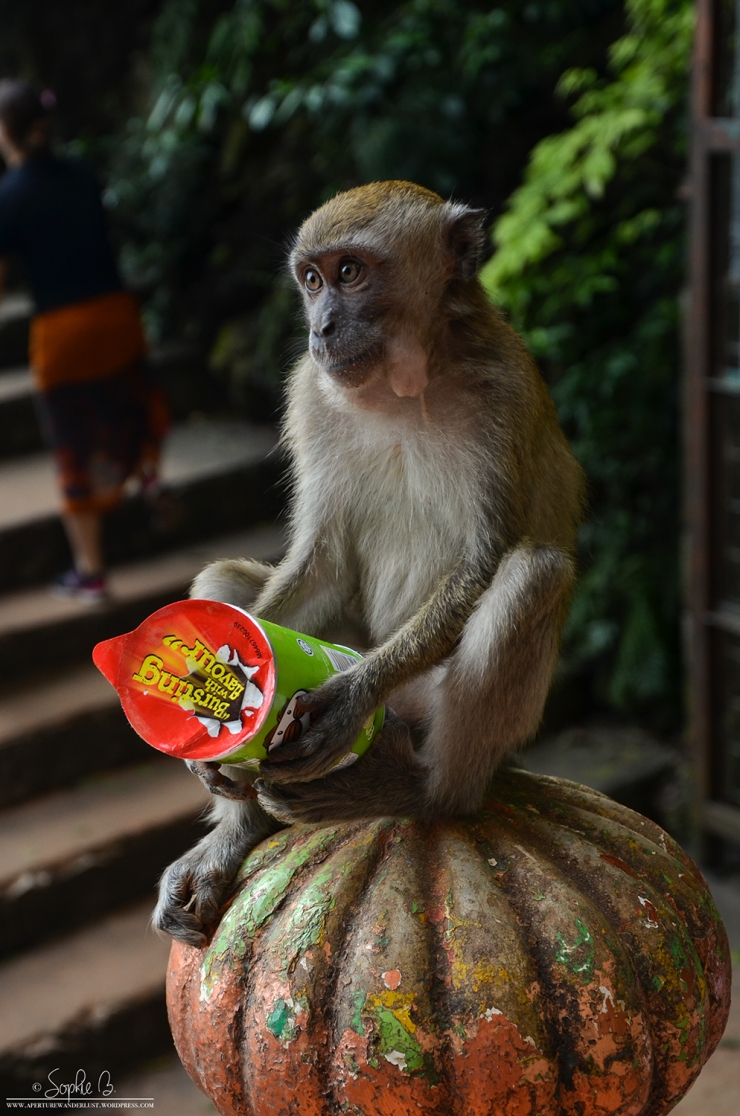 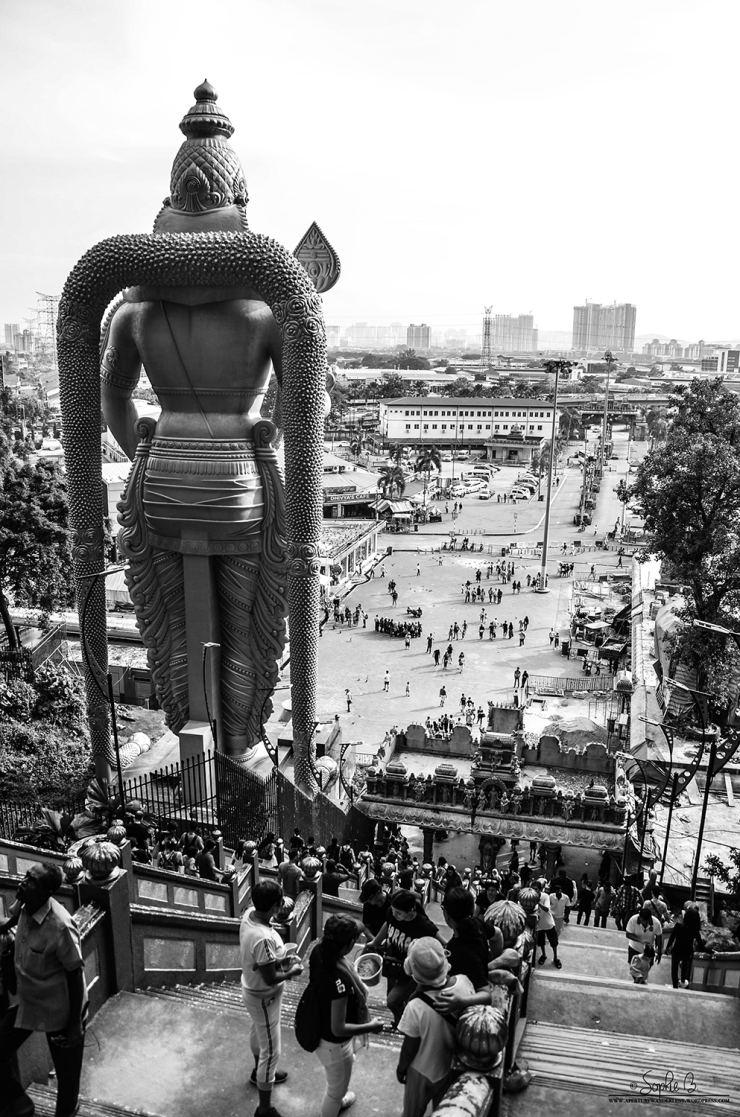 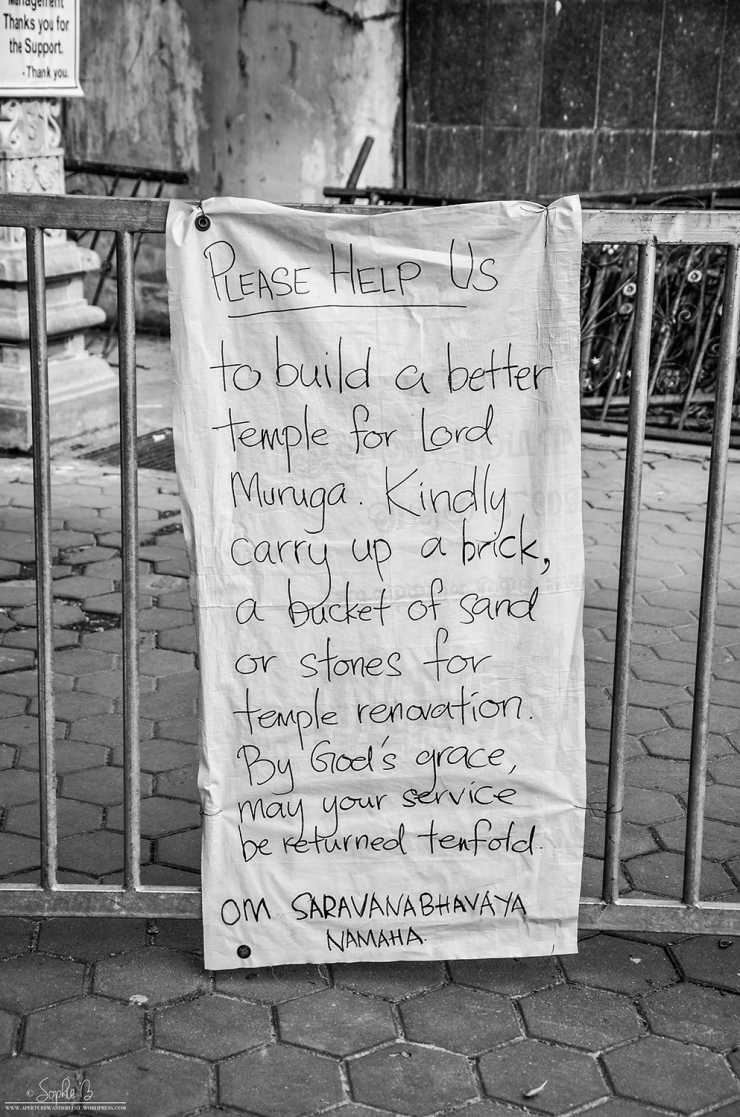 What do you think about the caves? Would you like to go there?

Have a good week,
Sophie

this is gonna be a quick Kuala Lumpur Update, since I have to admit that I do not really have a real „KL-Travel-Guide“ for you. To be honest, I am often too lazy to bring my Reflex Camera, consequently my KL pictures are not the best.

Anyway, I booked a „Nice Bus“ for 44RM to KL on Easybook, the company is seriously called „Nice Busses“. However, these busses are really cool, since you have a huge seat with a tablet where you can watch movies and TV shows. I really enjoyed the ride.
Additionally, I can highly recommend taking busses, as you will be able to see some nice forests and plantations.

I arrived at 4:00pm and took a Grab to my hostel Reggae Mansion. The hostel is really nice, is has a rooftop bar, a good restaurant, a cinema, nice bedrooms and you can do your laundry in 3 hours for only 15RM.
After I had checked in, I walked around KL and later went to the restaurant, where I met four very nice girls from the UK.
Later in the evening I went up to the rooftop bar and met Roger, a guy from Holland and we planned to explore KL together. 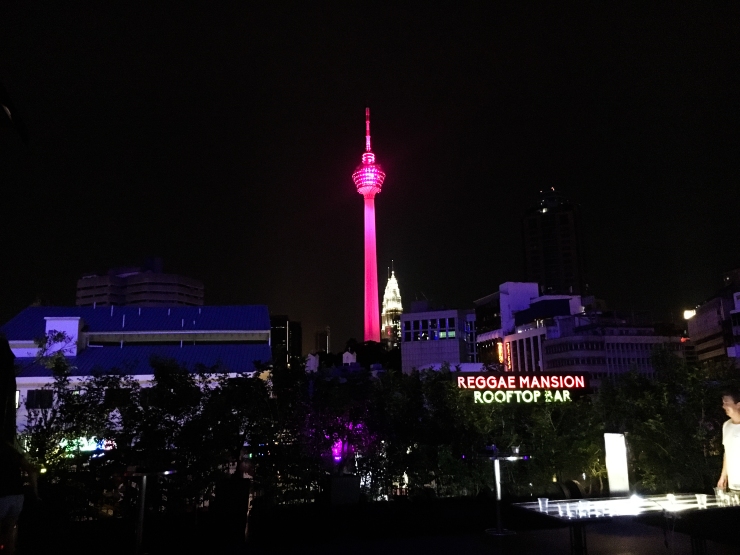 I woke up quite early the next morning because one of the staff members came into the room and started to sing. I was slightly confused and thought it was my roommate.
I slept in a 16 bed room and shard the room with only one girl the first night, her name is Charlotte.
We met Roger for breakfast and went to a local food court where we had Nasi Goreng for only 5RM. I love the food courts in Malaysia, they offer amazing and fresh dishes!
Later we decided to walk to the Petronas Towers, which takes approximately 30-40minutes from Reggae Mansion.
There is a huge mall inside the towers which is called Suria KLCC. I had to buy two shirts and a pair of shorts there, since the laundry turned my white T-Shirts yellow/brown. 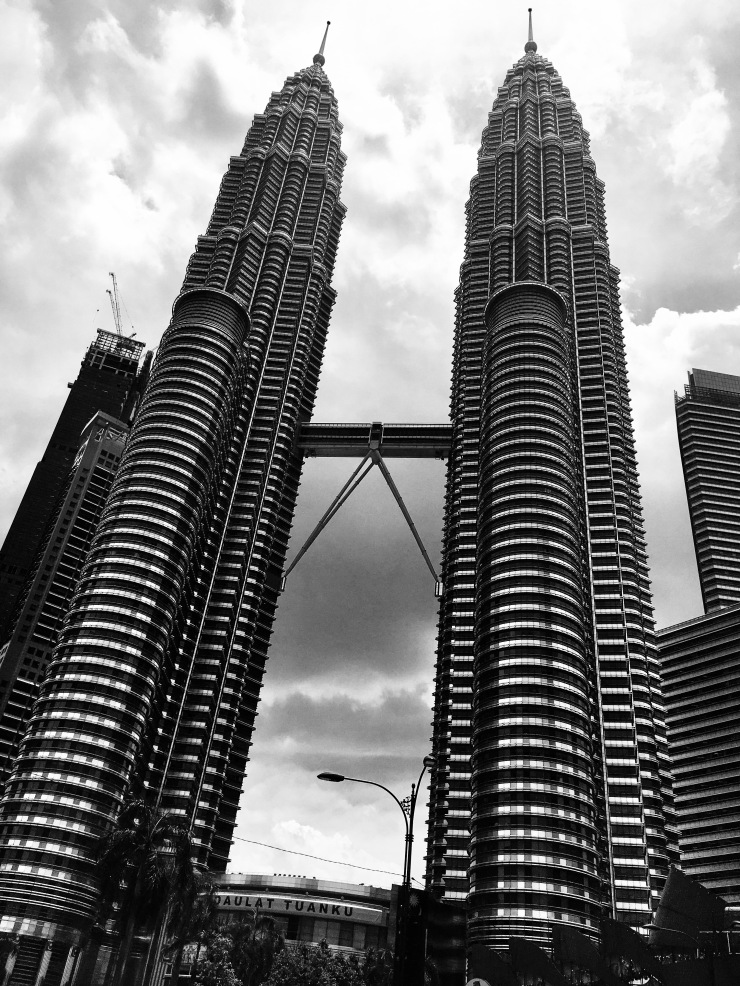 Around the Petronas Towers you will find a nice park surrounded by many business buildings. There is even a swimming pool near the towers, but only children are allowed to use it. 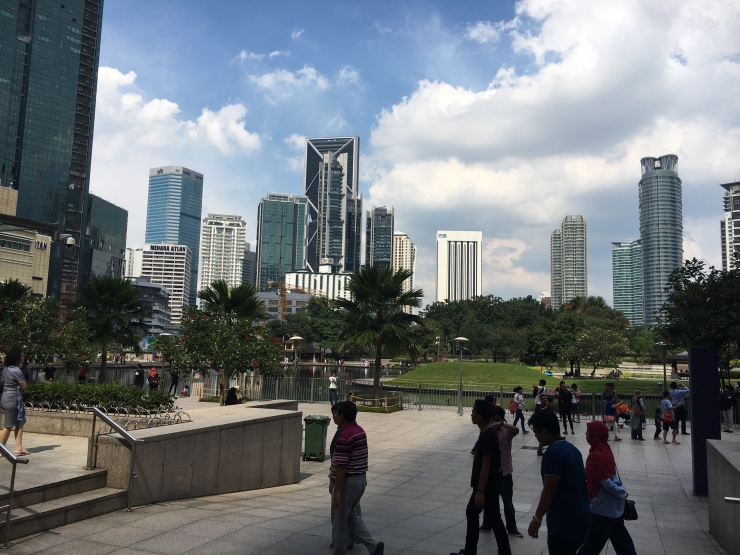 The next day Charlotte and I went to the Batu Caves together, I will write a separate post about it, since I finally brought my camera!! 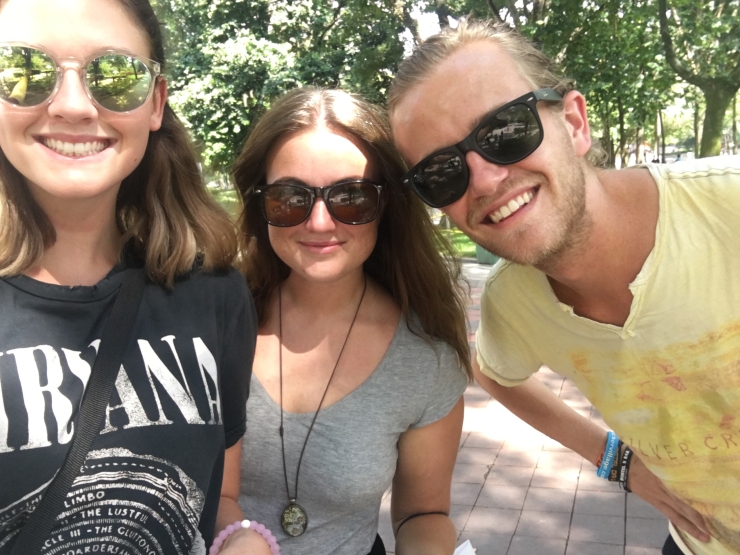 Furthermore, we had to buy sneakers and explored China Town while looking for a nice pair of shoes. It is really impressive how many different markets, people and cultures they have in Kuala Lumpur. 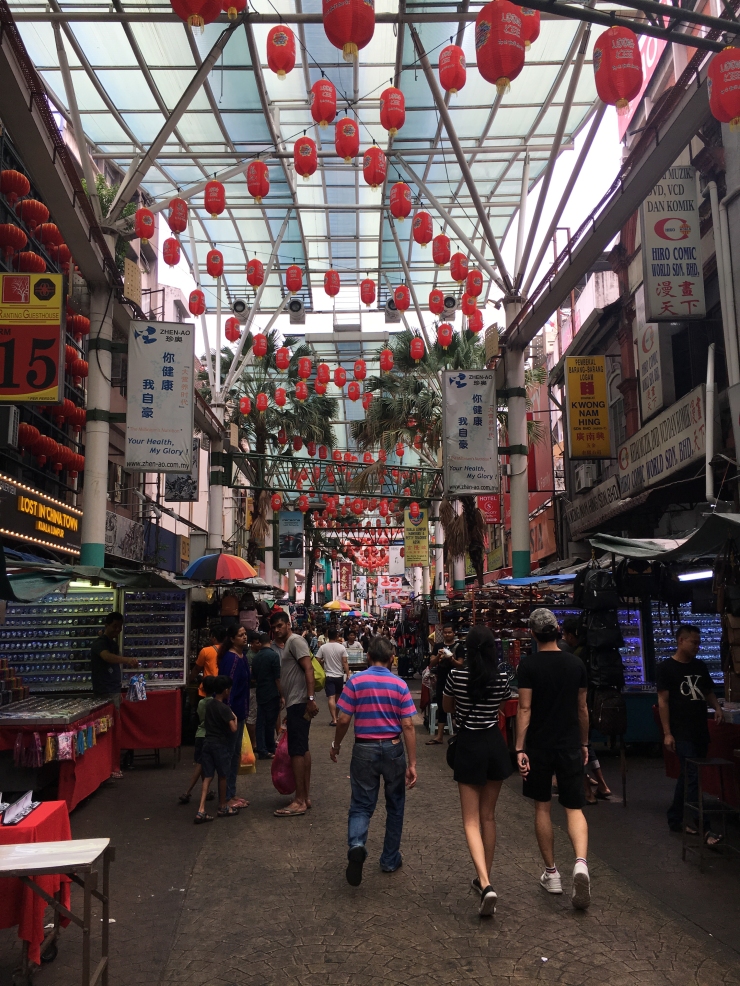 In the evening we went up to the rooftop bar again, where we met other nice people from all over the world. Our little group of six people decided to go to the main road for food in Malaysia and I can just encourage you to do this! 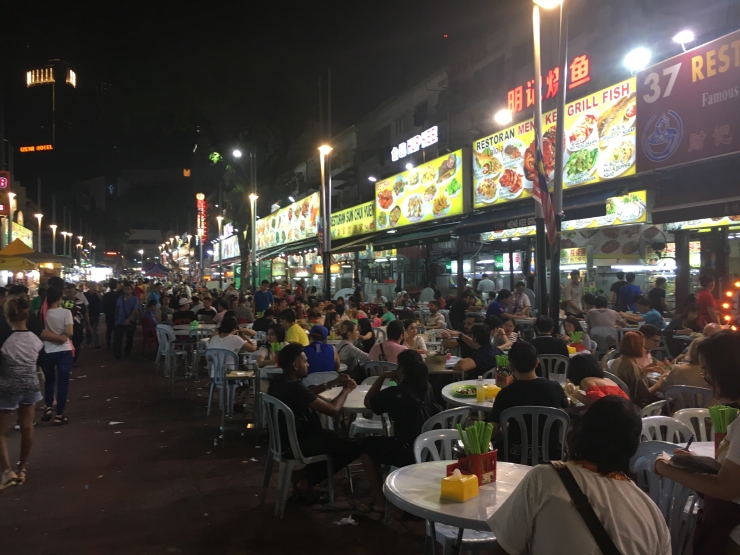 There are so many different stands and restaurants where you can get every type of asian food and also western food. I ordered Nasi Goreng and it was delicious! Unfortunately there are many Salesman who want you to buy little accessories while you are having dinner, which really got on my nerves after a whie.

I only spent two days in KL and then took a bus to the airport because I promised my friend Lina to pick her up from the airport. So far so good, we booked an accommodation near the airport which was also really good. Although taking the flight to Bali was a little complicated, we finally made it!!